Application Irish Passports In The UK Since Brexit Almost Doubled

PoliticsInternationalNews
By Caroline Foster On Nov 1, 2018 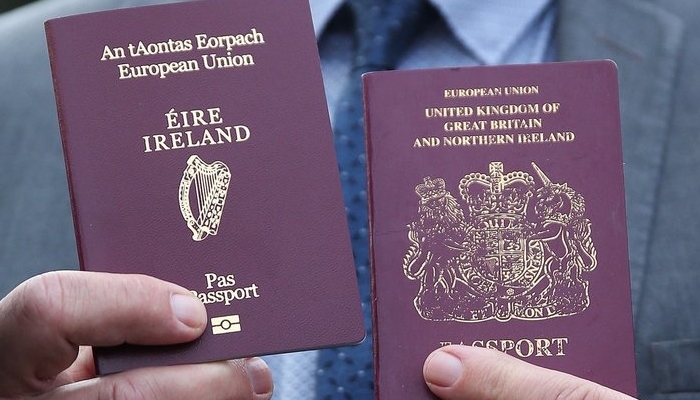 Application Irish passports in the UK since Brexit almost Doubled. The number of people who have applied for an Irish passport at the Irish embassy in London has increased considerably since the announcement of the Brexit.

In the first half of 2018, almost as many applications have been received as in 2015.

The Irish senator Neal Richmond, chairman of the Brexit committee of the Irish parliament,

declared that he received the figures from the Irish embassy.

According to Richmond, the number has been increasing since the Brexit referendum.

Richmond states that by these figures, the embassy assumes 2018 to be the busiest year for applications.

“The British are now taking their chance given the approaching Brexit,” says Richmond.

According to the Senator, this may also be a chance for Britons to tighten their ties with Ireland again.

“This way we can build a strong foundation for the Irish-British relationship after the Brexit.”

Britons with Irish parents or grandparents are eligible for an Irish passport and Irish citizenship.

According to Richmond, 10 percent of the British state, excluding Northern Ireland, are eligible for an Irish passport.