Malian Spiderman Gets French Passport from Macron after Heroic Deed

EuropeFrance
By Caroline Foster On May 27, 2018 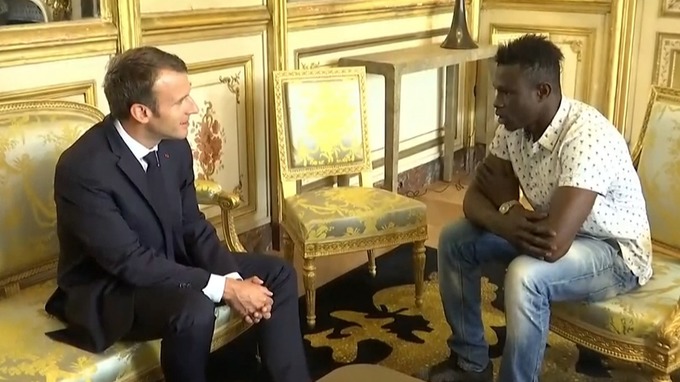 Malian Spiderman Gets French Passport from Macron after Heroic Deed. Refugee Mamoudou Gassama, who climbed four floors on Saturday in Paris to save a 4-year-old child, gets French nationality. President Emmanuel Macron announced this after a meeting with the Malinese Spiderman.

The City News Journal writes, A lot of shared video shows how the man climbs up four stories in half a minute with his bare hands to save the child hanging on a balcony.

The facts occurred on Saturday evening around 8 PM, according to the fire department and the police. ‘Fortunately, there was someone with a good condition which dared to save the child’, according to the fire department. The child and the man were transferred to the hospital. “The child was in shock, and the rescuer had pain in his knee,” said the fire brigade. They both are doing well in the meantime.

The Parisian mayor Anne Hidalgo saw Gassama on Sunday evening. “He explained to me that he arrived here a few months ago from Mali, and dreams of working in construction,” Hidalgo tweeted. “I have answered him that his heroic effort is an example for all citizens and that the city will naturally support him in his efforts to settle in France.”
Le Monde writes that the father of the child has been arrested in the meantime. The prosecutor decided to place the child in a reception centre.

In Two Days More than 1,500 Refugees Rescued in Mediterranean Sea

Thai Man Died after an Attack by a Herd of Elephants