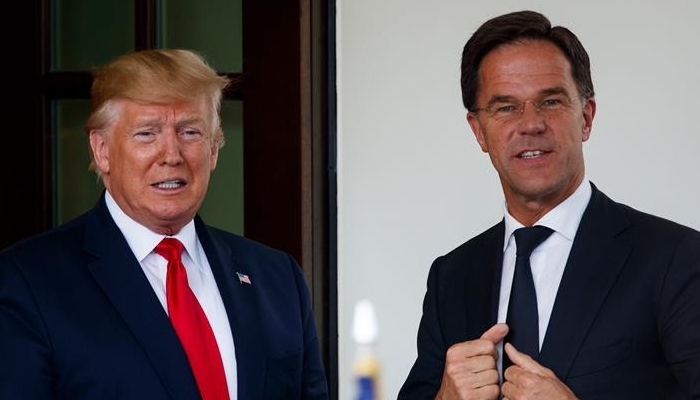 Trump calls Prime Minister Rutte at a second meeting ‘A Friend.’ For the second time in just a year, Prime Minister Mark Rutte has met US President Donald Trump.

Upon receipt at the White House, Trump praised the good relationship with Rutte.

“We have become friends over the years,” he said.

According to reports, Trump and Rutte mainly spoke about economic cooperation between the two countries before the eyes of the press.

“Trump said that many Americans have work thanks to investments made by the Netherlands.

In turn, Prime Minister Rutte said he hoped that more Americans would come to the Netherlands for work.”

The trade association between the two countries is one of the items on the agenda.

But military cooperation will also be discussed.

After the meeting it was soon about other things again, says Mouthaan.

“The American press was particularly interested in the commotion that had arisen about a meeting with Trump supporters.”

At that meeting, Trump supporters had called on Congressman Ilhan Omar to be returned to “her own country.”

Neon Signs – The Pros and Cons for Business Signage