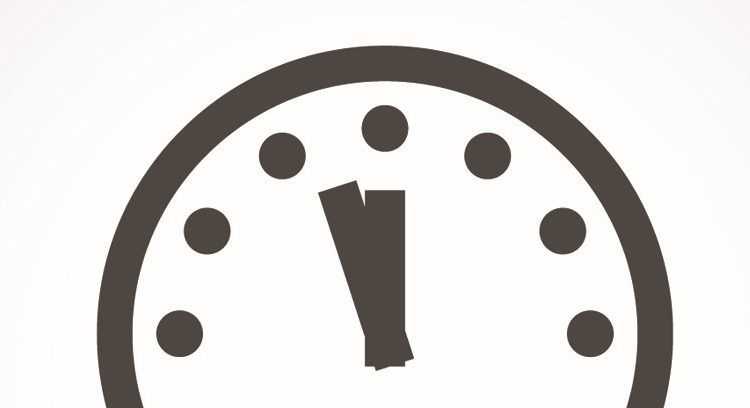 International scientists on Thursday left the symbolic Doomsday Clock at 100 seconds to midnight. The Bulletin of Atomic Scientists announced this. The clock shows how close humanity is to a man-made end and was instituted in 1947 by the University of Chicago.

Then the clock stood at seven minutes to twelve. The main threat at the time was a devastating nuclear war.

The last time the clock was moved was in 2019. Then the hand moved 20 seconds closer to midnight. The world was safest in 1991 when the clock was 17 minutes to midnight. Just like in 2020 and 2021, the Doomsday Clock stands at 23 hours 58 minutes and 20 seconds. At this time, the clock is still closer than ever to the symbolic apocalypse.

In the statement, the scientists say the leadership change in the United States last year gave hope that what appeared to be a global race to catastrophe could be halted and even undone. Indeed, in 2021, the new US administration changed US policy on a number of points that made the world a safer place, according to scientists.

“Yet the change in US leadership was not enough to reverse negative international security trends that have long been developing and will continue into 2021,” the statement read. The scientists see nuclear weapons, climate change, disruptive technologies and the increasing struggle for control in space as the main threats to humanity.