Trumps Threatens To China: Tactical, But Not Without Risk

USAChinaNews
By Malcolm Terris On May 6, 2019 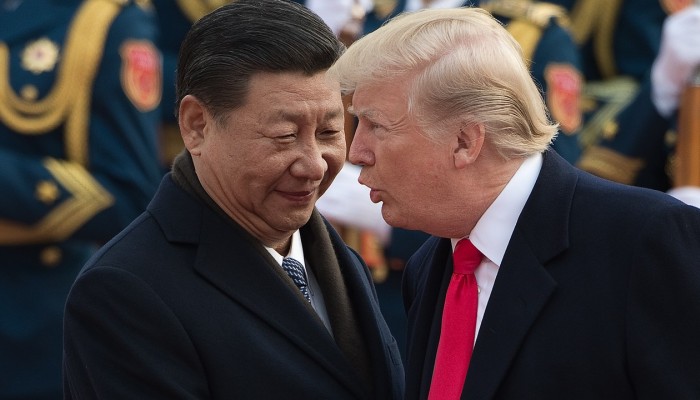 Trumps Threatens to China: Tactical, But not without Risk. Despite the American threats, China and the United States are likely to reach a trade agreement, economists think.

But it continues to be seen how the Chinese government responds to the tweets of US President Donald Trump.

Trump tweeted on Sunday evening that he wants to increase the import duties on 200 billion dollars of Chinese imports from 10 percent to 25 percent from Friday.

Furthermore, Trump wants to set a rate of 25 percent on another 300 billion dollars worth of Chinese goods that were not yet taxed extra.

Trump, in particular, has been very positive about the negotiations in recent months.

Last weekend he claimed that the conversations were going well.

“Everything seemed to go well”
Next Wednesday, a Chinese delegation led by the Chinese Deputy Prime Minister would come to Washington,

and an agreement was expected for Friday.

“Everything seemed to go well,” says Hugo Erken, an economist at Rabobank.

“The Chinese also seemed to give in to the demands that the Americans had put on the table.”

The question is what the Chinese are going to do now, he says.

They can try to get rid of it without too much loss of sight through the back door, or they can cancel the appointment.

“But at that moment we start again where we started in December.”

There is too much at stake
He thinks there will eventually be a trade agreement.

“Certainly for the Chinese, there is too much at stake to withdraw.

But in the past I never expected the trade war to go as far as it went.”

Raoul Leering, an economist at ING, also expects a deal to come.

According to him, the tweets are a Trump trading strategy.

The president, for example, said earlier that threatening and forcing import duties is the only way he can conclude new trade agreements.

For a long time, he threatened to withdraw from the contract.

“It has been a fight, and fights sometimes lead to good friendships,” Trump concluded after signing late last year.

Race who can hurt each other the most
“Trump is also someone who has shown in the past that he can raise the tension to get back to the negotiating table and get the most out of it,” says Erken.

But the same tactic is also risky. When the Chinese run away from the table, both parties have nothing.

“If that happens and the Chinese withdraw, then I am worried,” Erken stated.

CFA level 1 and Its Components