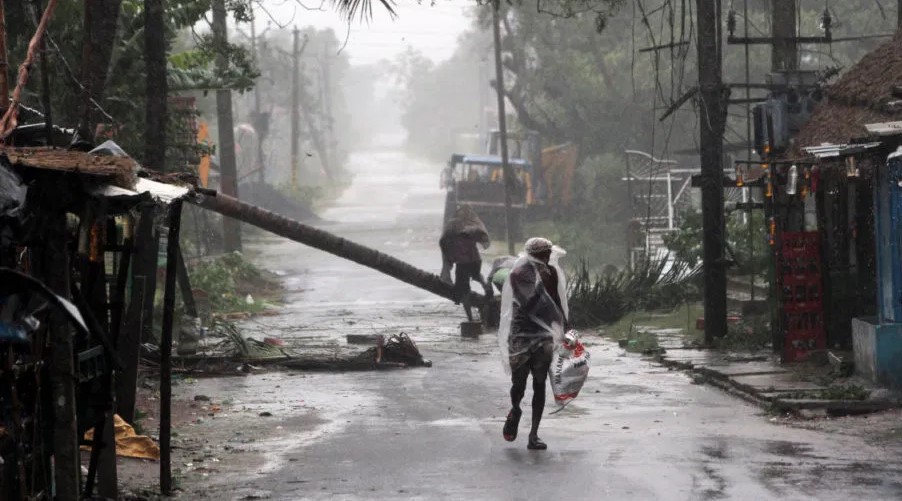 Massive cyclone Amphan has killed at least 15 people in India and Bangladesh, government officials reported. The storm has destroyed thousands of homes; millions of people have been evacuated.

Amphan made landfall on Wednesday in the densely populated Indian state of West Bengal. Wind gusts of up to 185 kilometres per hour and meters high waves were reported.

According to local authorities, at least ten people have died in the state, and the damage is enormous. The worst affected areas are, according to a high state official, challenging to reach due to the severe weather.

In the metropolis of Kolkata, the capital of West Bengal, trees and electricity poles fell over due to the strong wind. The power went out in parts of the city.

In Bangladesh, at least five people were killed by Amphan. In several areas of the country, the power supply has been cut off by the storm.

The corona crisis in both countries complicates the evacuation.

“It is a challenge to evacuate people while keeping everyone at a safe distance,” said Deputy Minister Enamur Rahman, who talks about disaster relief in Bangladesh. He stated that the number of reception centres is much higher than usual. This is to ensure that it is not too busy there.

In India, where some 500,000 people have been evacuated, some shelters were already in use as quarantine centres due to the pandemic.

Therefore, people fleeing from the super cyclone are also accommodated in other buildings. The authorities provide mouth masks to evacuees.