LocalInternationalIsrael
By Caroline Foster On May 28, 2018 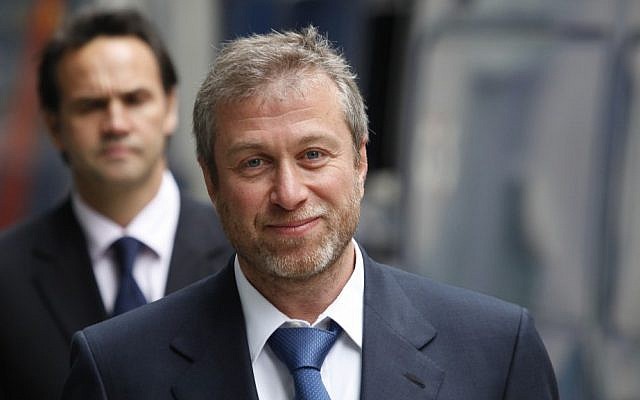 According to The Times of Israel and The Week News, the Israeli Interior Ministry confirmed that Roman Abramovich moves to the country. The Russian multimillionaire would even have landed at Ben Gurion Airport in Tel Aviv and received his Israeli papers.

The Israeli immigration services did not want to respond to the message, but a spokeswoman for the Israeli population confirmed that Abramovich is in the country. As an Israeli citizen, the billionaire would no longer need short-term visas to enter Britain but to be able to work there. New nationals are also exempt from tax in Israel for ten years and are not required to declare their income during that period.

Abramovich seems to become the first ‘victim’ of the hunt that the May government opened after the Skripal affair on Russian businessmen who have ties with Putin. The owner of the London football club Chelsea had not been able to enter Great Britain for weeks, because the extension of his visas took a long time, according to insiders, unusually long.

The relations between Russia and Great Britain have been severely chilled after May demanded an explanation of the poisoning of former double-spy Sergej Skripal and his daughter Julia, according to London the work of Moscow. Moreover, in British politics, there is discontent about the ease with which the Russian oligarchs could still do lousy business in London.

According to the Israeli news website Ynet, the billionaire would have even bought a house in Tel Aviv. Well, it is a former hotel in the Neve Tzedek district, which he took over from the well-known Israeli Hollywood actress Gal Gadot.

Abramovich bought the British football club Chelsea in 2003 for 160 million euros. That same year the Russian moved into a nineteenth-century city villa near Kensington Palace. With an estimated EUR 12.9 billion by Forbes, he would immediately become the wealthiest citizen of Israel, according to The Times of Israel.