ItalyInternational
By Malcolm Terris On Oct 13, 2018 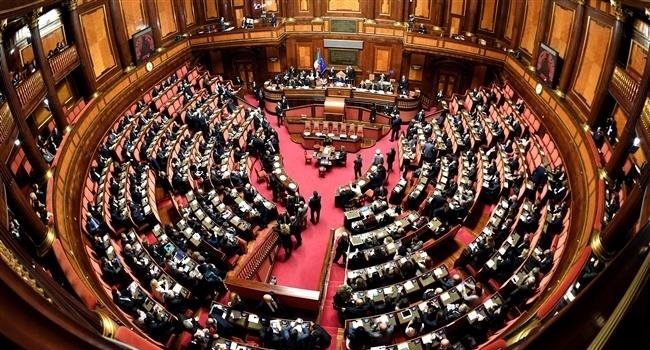 Italian Parliament votes for Bigger budget Deficit. The Italian parliament voted in favour of the government’s economic plans, which means that the Italian state is aiming for a more critical budget deficit than previously foreseen.

Both the Italian parliament and the Senate agreed on Thursday evening with the document in which the government intends to borrow more money to pump into the economy.

The coalition government of the right-wing populist Lega and the protest party,

M5S (Five Star Movement) purposes to make more debts because it would drag the economy.

It is uncertain because the Italian state already has an excessive debt load.

The debt has a size of about 133 percent of gross domestic product (GDP).

In the Netherlands, that percentage is 57 percent.

The EU has been urging for years that Rome will reduce its debt mountain.

The European Commission wants to receive the document before Monday.

Government considers state interest in Alitalia
Deputy Prime Minister Luigi Di Maio said in an interview that the Ministry of Economic Affairs could take an interest of 15 per cent in airline company Alitalia.

The company was placed under guardianship last year due to severe financial distress.

The state is working on a new company that has to save the transport company from destruction.

In addition to the ministry, other companies in the state would also want to engage in the restart.

For example, Di Maio mentions the national railways and the bank Cassa Depositi e Prestiti as participants in the new company.

The company information would initially have 1.3 billion to 1.7 billion pounds in cash for the rescue of Alitalia.

According to the government, part of this loan can be turned into shares in the new company.