EuropeBusiness
By Malcolm Terris On Sep 27, 2018 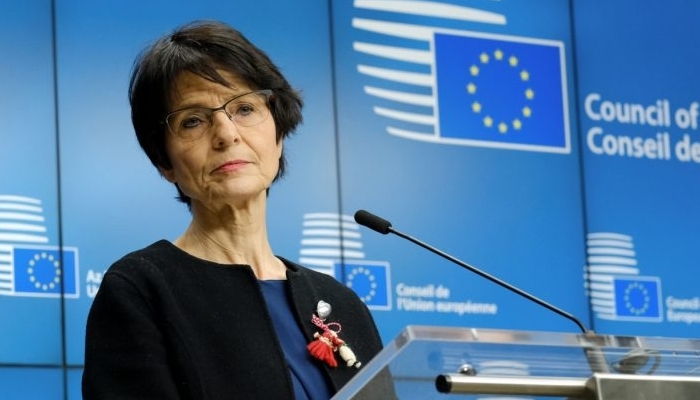 “Respect for the law is not something that employees would have to negotiate,” the EU Commissioner said to Ryanair’s CEO in Brussels.

O’Leary himself had asked for a meeting with the commissioner.

The conflict with Ryanair essentially revolves around the employment circumstances that the budget society uses.

Now for the forty to fifty Ryanair pilots working in the Netherlands, Irish legislation applies.

They want the Dutch labour legislation to be enforced.

“The EU’s internal market is not a jungle and has clear rules for the employment contracts for aircraft crew members.

It is not the flag under which an airline flies that counts for the legislation”, states Thyssen.

“I made this Mr O’Leary very clear. I am not against Ryanair or the budget model,

but with great progress comes responsibility.”

The EU’s internal market is not a jungle and has definite rules for mobile workers “, the EU said. -Commissioner.

O’Leary: Strikes only to harm Ryanair
Afterwards, O’Leary went to the Belgian trade unions at a press conference in Diegem to support the strikes on Friday.

According to the Irish, they are only there to wreck society and have nothing to do with the preferences of the employees.

“We have already met them, and we agree to contracts under Belgian labour law,

as soon as we can reach an agreement with the trade unions”, according to the Ryanair CEO.