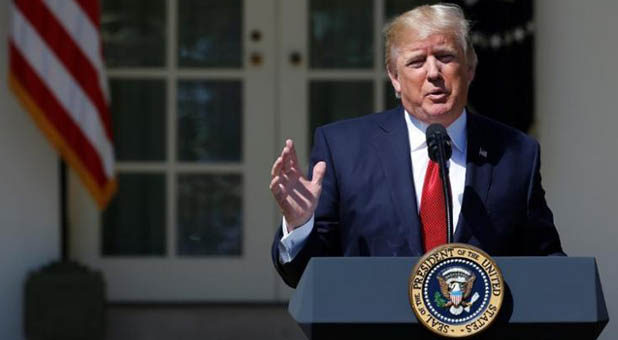 The US President Donald Trump still thinks that North Korea is an ‘unusual and extraordinary threat’ to the security of the US. He signed yesterday an order that extends the sanctions against North Korea by at least a year, reported US media and Citi News Network.

Shortly after his historic meeting with North Korean leader Kim Jong-un earlier this month, Trump’s tone was even more reassuring. He then stated that the nuclear threat had disappeared as a result of the meeting. ‘Sleep well tonight’, he said via Twitter.

“The presence and risk of proliferation of fissionable materials on the Korean Peninsula and the operations and procedures of the Government of North Korea remain an unusual and extraordinary threat to national defense, foreign policy and the economy of the United States, “Trump now writes.

After his meeting with Kim, Trump promised to stop the ‘war games’ with South Korea. According to the president, the ‘provocative and expensive’ exercises were suspended yesterday for an indefinite period.

The Pentagon announced that the exercises had been suspended to support the ‘upcoming negotiations’. A further decision on the war games depends on North Korea’s attitude in the negotiations led by foreign minister Mike Pompeo.