Thousands of People are Taking Part in Antibrexit Marches in London

UKEuropeLocal
By Caroline Foster On Jun 23, 2018 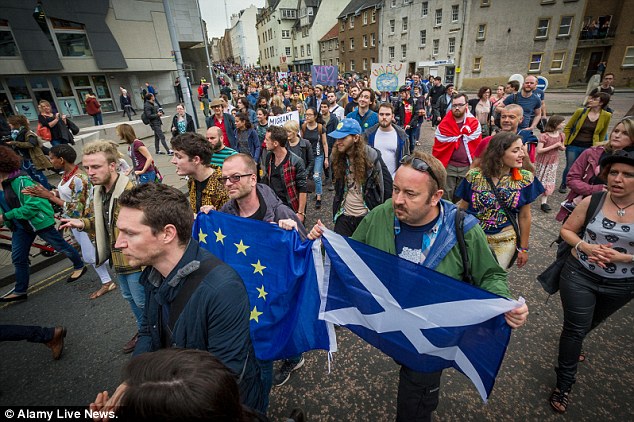 Thousands of People are Taking Part in Antibrexit Marches in London. In the streets of London today, exactly two years after the Brexit referendum, thousands of people have come together to take part in an anti-Brexit march.

That is what The Right News and various British media report online. The demonstrators move to the parliament building in Westminster from Pall Mall. Organizer of the march is the anti-Brexit campaign People’s Vote.

The protesters are working towards a second referendum. People’s Vote strongly believes that the Brexit is ‘not done’ and the British call on ‘to make their voices heard loud’. With the initiative, the organisation hopes to increase the pressure on British Prime Minister Theresa May and Labor party leader Jeremy Corbyn.

On the other side of the spectrum, Brexit Boris Johnson in the newspaper The Sun was still eagerly awaiting the prime minister. He warned May of a ‘half-hearted Brexit’. The people do not want such a hopeless compromise in which we are half in and half out of a political no man’s land, with no minister at all around the table in Brussels, but forced to obey EU laws. “, says Johnson.

On 23 June 2016, the British voted in a referendum with a narrow majority of 52 percent to leave the EU. The negotiations between Brussels and London on the exit are difficult. At the end of March 2019, Britain wants to leave the Union.